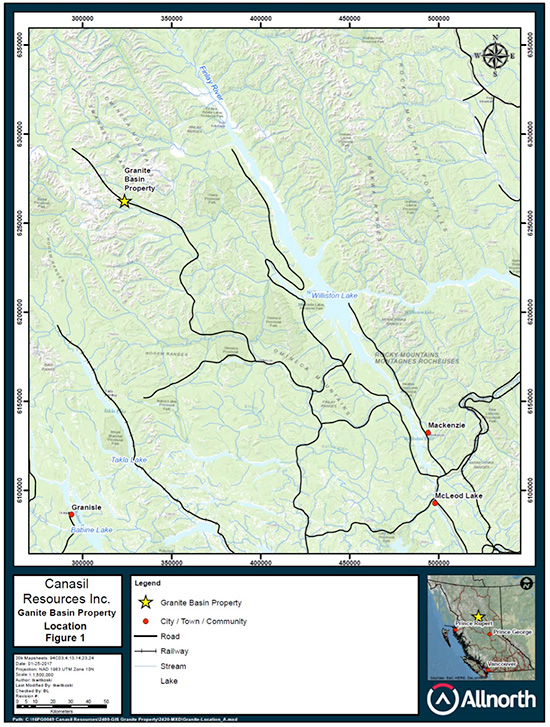 Early exploration work done in 1936-1937 by Cominco consisted of hand trenching and underground workings, reporting assays from trenches across widths of as much as 15 m, with grades of up to 10.3 g/t Au across 10 m. The B.C. Department of Mines records indicate sampling in the old underground workings with a grade of 6.86 g/t Au over 12.2 m including 14.4 g/t Au over 3.0 m.

Three shear zones with gold/silver mineralization have been identified to date on the property.

A 500 m diamond drill program completed by Canasil in 1997 within Zone #1 and #2 intersected several sections with anomalous gold and silver values (best section in GB 97-01 5.0 m with 2.37 g/t Au and 5.85 g/t Ag) however failed to locate sections corresponding in grade to the many samples recovered from these zones.

In 2016 limited prospecting attempted to identify and sample mineralization east and southeast of the old workings. Most of the samples collected were of silicified pyritic and locally sheared fine-grained clastic and intermediate volcanic rocks. The altered rocks returned gold values ranging from less than detection to 7.93 g/t Au (sample GB16-BL03). A helicopter borne magnetics survey was also conducted over the area hosting the main showings, however with limited results because of challenges in flying over the area due to local topography.